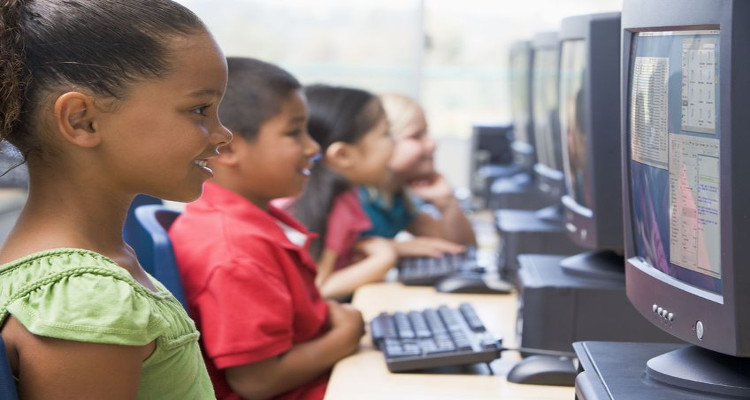 Maria Suarez-Peña had known it all along: if she could just convince her students to keep showing up, she could teach them! But, they almost never did. A parent would get sick, a new job would have a different schedule, a father would take off for parts unknown. Most of Maria’s students only stayed for a couple of months, dropping out long before earning their HSE certificates.

But his year, things are different. Even though the Migrant Education Center was closed for months, even though half her students spent time unemployed, most of her students are still there. The big difference though, is that most of them only walk in the door once every couple weeks and for family parties. The rest of the time, they are online.

It all began with a call from her funding agency, The Hoffstaeder Foundation. After assuring her that they were going to continue funding the Center, she almost cried. They had been so generous with their funding, but nobody was coming in. So she responded, wishing that there was something she could do for her students at home. Three months later, she found herself leading the first hybrid ESL Center in Michigan. It is so different! First, the Migrant Education Center advertises online instead of on busses now. Her marketing consultant says that if you want to work with people online, you have to find them online. So, she advertises on facebook and Insta in Spanish, Portuguese and Hmong, and the emails, text messages and calls keep coming in.

Second, every student has a personal schedule now with their assigned teacher. Each teacher still handles the same number of students, but most of them only meet on Zoom, and even those who come in work one on one, not in classes. The funny thing is that they advance much faster because they spend so much time on the software.

The real key has been the family learning software. Instead of the old solo program that cost a mint and confused the learners, now they use family learning software with their kids or with their parents. There are even videos to show them how to help their kids. Adults are so much more motivated to spend that time if others get the benefits too. Utilization is way up, and that drives results. More of her students are showing gains each 40 hours, and that keeps the funding coming. This is the future!

English Learners (ELs) each bring their own, varied cultural and linguistic literacy development experiences to literacy acquisition in English. Successful literacy instruction for ELs results when ELs build upon their prior knowledge, capitalize on opportunities for cross-linguistic transfer, and receive academic language and literacy instruction that is comprehensible.

Among the benefits of technology as an instructional tool for ELs is software-based practice that includes: the opportunity for ELs to interact with their second language numerous times while developing control over a text through the processing of auditory and visual input; and, regular opportunities for oral language development in the form of collaboration with family members on interactive tasks that are meaningful and result in language learning.