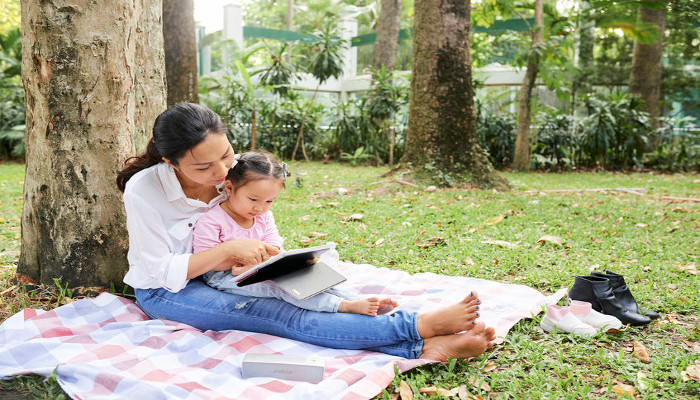 Mara Robinson wasn’t satisfied yet, but she was getting closer. The Arthur Robinson Family Foundation named after her grandfather and founded by her father was supposed to be “Transforming the Lives of the People of Jacksonville,” as their tagline read, but for years, she didn’t see it happening. More like maintaining the miserable lives of the people of Jacksonville! Supporting the food pantry and two community health clinics certainly kept people alive, especially through the pandemic. Nothing wrong with that, but Mara wanted people to be able to work for a living so they didn’t need food pantries and free health clinics. She really wanted to transform lives.

That’s why Mara had taken a flyer. When she had been contacted by the Family Learning Project, she ignored the email like the rest of the dozens she received every day from people she didn’t know. It was only when she was the same message for the fourth of fifth time that it registered: they wanted to transform lives too. “Enrich Family Lives and Help them Succeed,” it said, and explained that family learning software, “helped children and adults do better in school and at work.” If that was true, Mara wanted in.

She contacted the Project, and they launched a campaign together. Her foundation paid for the software and she led the new Robinson Family Learning Center collocated with the downtown health clinic herself. A former teacher, she felt perfectly comfortable working with the kids, and if she could help their parents at the same time, all the better.

It started slowly. Later, Mara realized that they really hadn’t targeted their marketing very well. It wasn’t until they started handing out flyers at the neighborhood bodegas that business began to pick up. Mothers started to drop by after school with an infant and a schoolchild in tow. Fathers began to come in after dinner with teenage sons and daughters. What really surprised Mara was how hesitant the parents were; it wasn’t until later that she realized they didn’t want to look uneducated in front of their children. The Family Learning Project had been right to focus services on the kids. The parents could help them and learn as they went along.

After six months she was starting to see progress. A few dozen families were using the software together every day. Poor Comcast Cable was losing business in her neighborhoods as people used the software in the evening. A few dozen more were coming in once or twice a week to use the software in her Center. They didn’t have bandwidth at home, so they needed to use the Chromebooks in her Center. Last week, the best thing happened. Old Mrs. Ruiz came by with her granddaughter and explained how her daughter was too busy to come in now that she had a new job in the office park outside of town. Maybe they were beginning to transform lives…

Nonprofits in the United States serve families in need. Some serve families as a whole; others serve family members. Nonprofits provide a host of services. Some deal with education broadly; others focus on literacy specifically. Some provide financial literacy and coaching. Some focus on workforce development, including job skills and even providing clothes for interviews. Some nonprofits deal with food insecurity; others deal with health issues. Although the focus varies, the commonality underlying all nonprofits is their desire to help the people they serve grow and thrive.

Adding learning to the programs of other nonprofits can help the people they serve grow and thrive as well. It’s great to have the right clothes for an interview, but even better to have the reading and writing skills to succeed at the job the clothes help them get. Financial literacy skills can change the lives of poor families, but those skills become even more powerful when combined with increased reading and writing skills. Family literacy software can enhance the impact of any nonprofit without program creep or significant cost.